I called their mothers Fat!!! Day 1 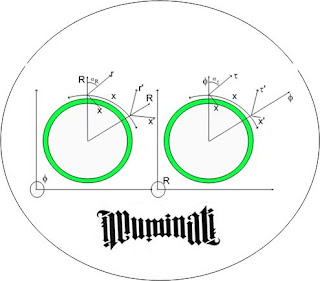 Needless to say, Elon Musk is not a scientific target but instead he is someone that can be impartial (his career doesn't depend on not abetting non-orthodox ideas).

It is the second time I tried to ask Neil to be my Giordano Bruno - without the burning at the stake.  The first time he just ignored me as someone who ignores a crazy uncle - pretend not knowing him..:) .

Once an Astrophysicist from Iowa asked me:.

"Why do my responses matter to you?

I respect someone like yourself and would love to discuss my ideas
with you.

This is not a challenge or by any means a macho competition or pecking
order stuff...  I just believe I have an idea that should be part
of the scientific discussion.

Please accept my request for criticism.  If you cannot find a weak
point in my theory, I will be happy to collaborate with you instead.

By the way, my theory has five non-compact dimensions, thus, there is a
4D spacetime that is perfectly consistent with Strict Relativity. That
should help in directing your critique...:)

Contrary to your assertion, I am totally interested in finding flaws
in my theory.

It turns out, he was afraid, but so are all of the others. Nobody wants to stick out and challenge the status-quo. That is why I wrote the book. Everything is there in black and white... nothing (no hidden hypotheses) hidden.  I expect that the success of this book in terms of visibility and readers will map into a higher need for them to respond to it.  After all, if I were wrong, the propagation of my ideas would be a disservice to Culture and Science.  I waited 11 years for any criticism.  I think I waited long enough.

One would hope that the ones with the highest profile, imbued with the loftiest rhetoric about the value of science, would lend themselves more easily to become defenders of new ideas.  They profess to know that ideas are important.  They know, like I know, the tremendous loss of the Library of Alexandria.  Perhaps my ideas were there or at least part of it.

I wrote several times, every time an asteroid passes close to us, that ideas are important. We could be obliterated before we can become civilized and fulfill our promise.  Unfortunately, it seems that pettiness, self-serving behavior might be a barrier too high to climb.

Neil deGrasse Tyson is by far the best Science Popularizer since Carl Sagan... he is really good...:)

Now time is ripe for Science Popularization. Someone in that role has to contend with anything that makes him/her a real iconoclast while keeping a cool image. Sometimes they overstep those boundaries, like Michio Kaku stating that maybe the Universe is a simulation?????  From my point of view, stating that the Universe might be a simulation, or a Bubble m-Brane on a 24 dimensions Universe or God's Dream, or a Big Wall in God's Country is the same.  Just a bombastic, meaningless statement to bring back the limelight while weakening critical sense.

As a scientist, we had to twist our minds to consider that particles are particle and waves... Time slowing down as you travel faster... etc.  My theory finally allows us to reject those exercises in mind-bending (critical sense destroying) by rejecting the matter-wave paradigm, the slowing down of time etc. while being consistent with observed time-lapse shrinkage, interferometric electron deposition!!!!!!

My theory not only tells us that time moves on without skipping a beat, it also provides an alternative interpretation of the double slit experiment by noticing that matter waves are actually created by a field which effects matter distribution while conserving the nature of a wave. Of course,the solution comes from the effect of interaction being smaller as velocity moves towards c (45 degrees in the Hypergeometrical Universe Theory). So, time  or the pendulum of Bhrama swings unaffected, while the laws that rule dynamics slows down interaction and thus Chemistry, Isotope decay etc).  It is like you get into a freezer that freezes motion, radioactive decay without creating ice...:)

In polishing the theory, I also discovered a new force...:) One that will allow us to create directional thermonuclear reactions.

Not only that, the theory derives Biot-Savart Law from first principles and in doing so it becomes clear that the law takes into consideration the influence of the static positive centers (nuclei). This means that anything that resembles Biot-Savart is not a good basis for plasma physics modeling. The theory provides the four difference relativistic components.  It pains me to think that people are investing billions of dollars on the ITER (International Fusion Center) without reading my book...:)  They should just buy it on Amazon...:)

In the past, I tried to give away knowledge.  The problem with that is that people consider anything free as of no value. Not unlike advice, we older people provide to offsprings, nephews, nieces, grandkids etc...:)

I will follow this protocol.  I will call their mothers FAT and then come here to brag about.  Eventually, they will have to say something...  Their mothers don't deserve such disrespect..:)

You can NOW read my theory at leisure on your Kindle.  By the way, it seems I discovered a new Force in Nature...:)

Read Me on Kindle
Cheers,
MP