I wrote a few times about the strong shortcomings of the Inflation Theory by Alan Guth.

I will try to make this as simple as possible.

Some time ago, someone (Arno Penzias) discovered the Microwave Cosmic Background. It was soon realized that no matter where you look at, the cosmic background was there.... That gives you a sinking feeling, since the explanation for it was the cooled down initial radiation associated with the Big Bang. I mentioned cooled down since the associated temperature of the Black Body is 2.75 Kelvin. The fact that it is called Background is because it is pervasive and pretty much isotropic... This precludes any explanation other than the Universe is in a reflective box and it is exchanginc heat with something else very cold and it took forever to reach thermal equilibrium since this box is 15 billion light years wide...:)

Of course, this is not exactly The Inflation Theory. Since we are now in a big box, Alan Guth considered that we were in a smaller box sometime ago..:) thus he placed the equilibrium event to happen during that time... Somehow the whole Universe managed to cool down to 2.75 degrees (by irradiating into some really Black Body - the Beyond or Naught or whatever one can conjure up). At that point, the little box increased in size at a speed larger than the speed of light into our current big box...

This is unpalatable...
1)It fails to provide a reasonable explanation for the heat exchange process- what is the sink
2)It makes the Universe to be a 3D reflective box
3) It doesn't tell you what is outside the box and when they say something about the Beyond, they say that the space is being created ...:)
4) Nobody other than myself imagine the initial Big Bang to be a gentle event. In any expansion, the initial energy is totally or mostly kinetic, and the initial state corresponds to a very high temperature. It doesn't make sense to have that energy being transferred into something else (the unexplained sink) and then continue an expansion...

Needless to say, that is simply stupid... Not the association with the Big Bang....That is evident or at least a very good guess. The problem is that the initial extremely hot Universe is suppose to reach thermal equilibrium and cool down (I suppose by radiative cooling into Nothing...:) to 2.725 degrees Kelvin...

This blog is a call for arms to bring your critical sense back to life... How in the world could you sit through someone saying that suspending all the laws of Physics was the only way to explain a pervasive background.

My proposed topology does the same without breaking any law...:)

Let's start from the beginning:

Some earlier time, someone ele (Edwin Hubble) discovered that the farther a star is from us, the larger the red-shift of cosmic absorption or emission lines. This was interpreted as an indication of expansion. Since the red-shifting was all over the place (isotropic), that is, whatever direction you look at you could find red-shiffted emission lines or absorption lines indicating an Universe in expansion.

Fascinatingly, the analogy used to explain this step has been dots in an expanding baloon. As the baloon expands the dots get farther apart.

This is amazing because somehow nobody managed to see the four dimensional baloon with a three dimensional hypersurface that I proposed.

Inflation theory gets its name because it tries to explain the homogeneity of the cosmic background by introducing an ultrafast expansion of the visible 3D Universe.

So let me say it again. In the Inflation Theory, the Universe starts, get's very hot inside a small little box, reach thermal equilibrium, cools down (by radiative cooling into the Naugth, into the NADA) and them expands to current size in a jiffy.

There are many problems with this picture, evident problems and I certainly lost my respect towards any scientist who recited these really stupid ideas without any subsequent criticism.

Alan Guth is not guilty of anything. I am sure he is a Brainiac, no sarcasm intented. He created a really bad model and was able to convince people... It takes a great mind to do that...

The problem is the people who didn't analyze it properly.

I cannot fathom why this model is out there... How can such an aberration like it be accepted by "Scientists"... I guess, there aren't many real ones left..>:)

Where have you gone, Mr Feynman? Our nation turns its lonely eyes to you... :)

It suspends the laws of physics unnecessarily, namely superluminal expansion of the whole universe...:) following an unnatural cooling process ... It boogles my mind.

I put the two observations together (Hubble Red-Shifting of Radiation) and the isotropy of the Microwave Cosmic Background and realized that by suggesting a Four-Dimensional Space where our 3D Space is a traveling shockwave (lightspeed) one could easily explain everythihng.

Imagine that you are body-surfing a wave...Now imagine making waves on the surface of that wave... This Gedanken experiment is certainly possible and the waves will propagate at whatever speed they naturally propagate.

The Icon of the Hypergeometrical Theory shown above is always shown at the beginning of each blog (almost always). The reason is simple: I want you to realize all the nuances associated with this topology.

If you now imagine that you are surfing this circular wave, then you will realize that any ripple you created at the beginning of times (when the 4D Universe radius was very small) will be now reaching some distant star one radian (circa 15 billion light years) away and according to Hubble, it will be very red-shifted.

The topology means that conversely you will be watching the beginning of time events if you look far enough (15 billion light years away) in any direction. The light coming from those events will be very red-shifted, because you would be actually looking down to the center of the lightspeed expanding hypersphere...

Now you realize that the Hypergeometrical Universe Topology (lightspeed expanding hyperspherical shockwave Universe) does explain the isotropy and homogeneity of the Microwave Cosmic Background. It does that without suspending any physical law.

I proposed that the Microwave Cosmic Background is the red-shifted initial Gamma Ray Burst (or X-Ray burst)...:) Gamma and X rays are electromagnetic waves and they will suffer Doppler shift.

You cannot imagine the frustration I feel everytime Michio Kako or other talking head "explains" Inflation Theory, Time-Travel or any other stupid concept.

It is a disservice to scientific thought have so many speculative shows on TV and not a single debating show or the possibility to have a real debate in science (follow my links about censorship). Theories like the Inflationary Universe does not withstand the most basic scrutiny!

People say that it can predict current ripples in the mass distribution of the Universe. Of course, it can... Any theory can if you give the correct initial conditions..>:) including mine..:) 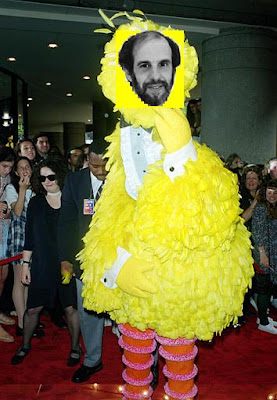