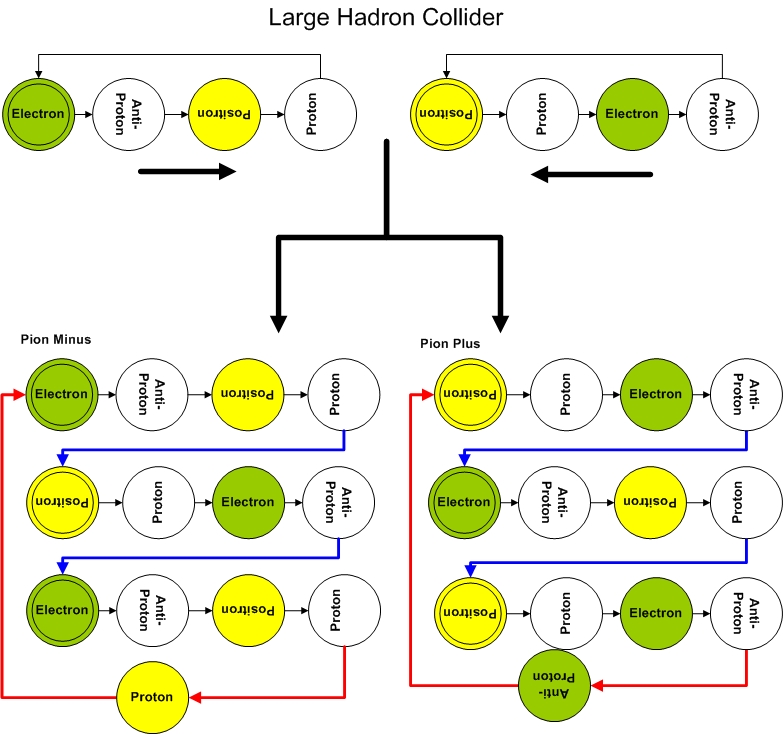 Below is the first glutonic state of pions...:) 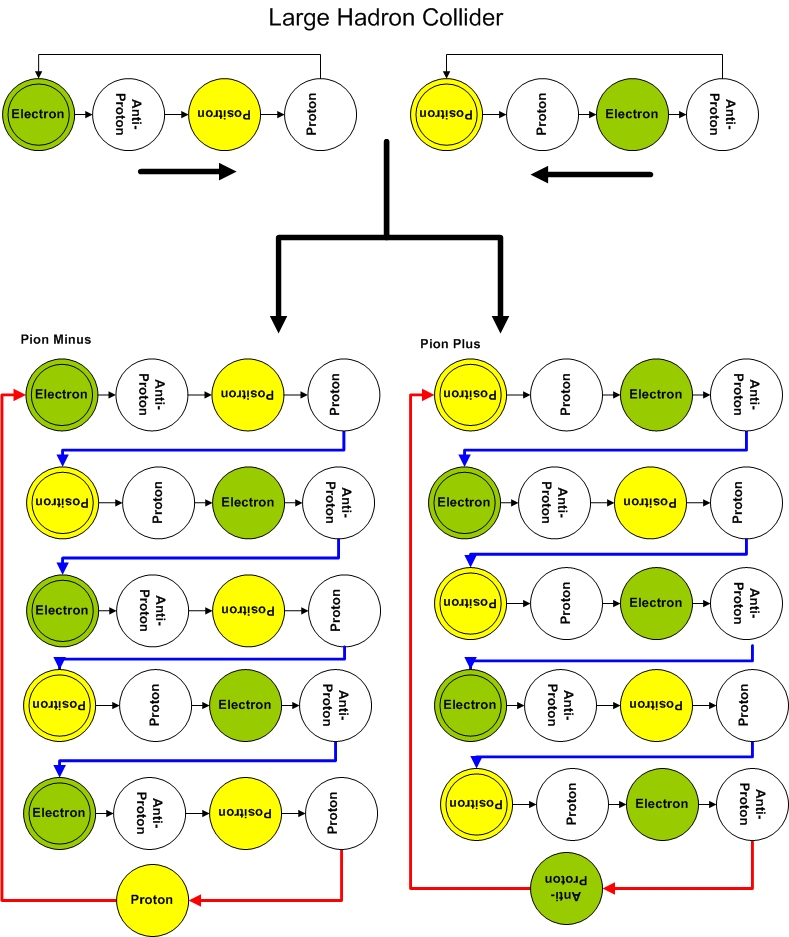 Of course, if you never saw these diagrams (Balls Diagram) you might be confused.  They always for a loop representing an lifetime lasting coherence (lifetime is equal to the lifetime of the particle they represent).  In the case of electrons, protons, antiproton and positrons, the coherences is the ground state coherence (coherence between two ground states in a double potential well, which spins in a five dimensional non-compact spacetime, traveling together with the lighspeed shockwave 3D hyperspherical universe).
The lettering represents spinning angles in this 4D rotation.  Red and Blue lines represent transmutation subcoherences which also represent rotations, but this time, those are rotations within the 3D shockwave hyperspherical universe.  A rotation within our hypersphere or universe changes the phase relationship between spinning and the tunneling from one state of deformation to another, thus changes which state is in phase with our Universe and produces a transmutation.
Similar states will result from a Proton-Antiproton collision.  I will show them later... As you know, I do this is my spare time and that is quite short these days...:)
Cheers,
MP