I wrote this posting more than a year ago, but consider it better not to publish at the time.  I was concerned with any concerted censorship effort and didn't want to jinx it.:)

It is a humble presentation of my state of excitement before the opportunity to present my theory to professional scientists..:) as opposed to me, a simple-minded amateur..:)

When I thought that Science was way too politicized, monetized - everyone wanted a Discovery Show to scare us with those Gigantic Black Holes.. SuperNovae....  Killer Gamma Ray Bursts.......:) - in fact, given the opportunity, I would also want one...;:), the Arxives were arbitrarily censored left and right by its owner, I was pleasantly surprised...:)

It is a great pleasure to let you know first hand, that I will be presenting this talk at the7th Vigier Symposium at the Imperial College, London UK, on July 15th:
The Hypergeometrical Universe: Cosmology and Standard Model

Abstract. The Hypergeometrical Universe theory contains both Cosmological and Hadron Models.  The Cosmological aspects of the theory are contained in the proposed topology. The 3D Universe is proposed to be a 3D Lightspeed Expanding Hyperspherical Shockwave embedded in a 4D spatial manifold.  A preferential direction (R) and an absolute time coexist with Relativity Principles. One cannot ever point to that preferential direction within our 3D hypersphere and one can only observe the projection of the absolute time in our local reference frames (proper time).  The Hadron model is based in the concept of a Fundamental Dilator.  The fundamental dilator is a coherence between deformation states of the local metric and can represent any one of the fundamental particles (electron, proton, anti-proton, positron) depending upon which phase is in phase with our 3D Universe. The resulting paradigm presents a Cosmos where interactions are intermittent while the 3D Universe steps along R in de Broglie steps with the Compton wavelength of a Hydrogen atom.  The Fundamental Dilator eliminates the asymmetry between protons and electrons, making them equally ‘massive’ in four dimensions.  Since this is a geometrical theory, inertial mass is mapped to the footprint of these dilators on the 3D Universe while Gravitational/Electromagnetic Mass is mapped to the 4D displacement volume associated with each coherence cycle. Cosmological constants can be derived from first principles considerations. A more basic law of Gravitation (Gyrogravitation) is derived from first principle. This new law shows that Gravitation is asymmetric, that is, it is easier to decelerate a body than it is to accelerate it (consistent with Relativity).  Accelerating a body can only be done up to c. This asymmetric gravitational law explains double jet black holes.
Keywords: Grand Unification, Quantization in Astrophysics, Coherent Nuclear Fusion, Novel Gravitational Law, Purely Geometric Theory, Hypergeometrical Standard Model

This conference is dedicated to finding the path to a more fundamental understanding of Nature.  That in itself is a noble goal. The fact that they were able to overlook the source of my ideas (me) and considered them for themselves is great.
I don't need to tell that my ideas are different, iconoclastic or just clashing with everything kind of theory..

It contains No strings attached, no Dark anything not even Black Magic...:)  I even complained about the extension of the Copenhagen Interpretation into the Many Worlds Interpretation (forgive me Everett.:) in de Docta Ignorantia
Many times I mentioned the value of ideas.

In the long dark night, I called for my Giordano Bruno..:)

Some time ago, my Giordano Bruno arrived in the persons of Dr. Christianto, Dr. Schamarandache, Dr.Carlos Castro to name a few.  They gave a first voice to my ideas along the lines of the best one could ever find in a scientific person.  They were open-minded to permit someone not immediately recognizable as one of them to say something.  I really had to say what I said.  An idea can be right or wrong, but it should have its day (or second) in our consciousness (to some degree of course)...:)  A bad idea is easy to pinpoint, to counter argue.  I did that many times in this blog.
My ideas did not have that opportunity until they were published in these books:
Quantization in Cosmology
and
Hadron Models and New Energy Issues
For an amazing fortuity, I had created a theory that actually Quantized Cosmology...:) right on queue when they were publishing the Quantization in Cosmology book.
Few months later, I finished the Hypergeometrical Standard Model and the concept of Coherent Nuclear Fusion and again by coincidence they were publishing a book on Hadrons Models and New Energy Issues.   I am not a religious man, but I don't know what to say..:)
Time passed by, I tied a few more knots, dotted a few more Is... crossed a few more Ts...:)  Finalizing with the Grand Finalle, where I couldn't avoid the conclusion that the speed of light is actually sqrt(2) times the observed speed of light...:) That was a requirement from the solution of the Pioneer Anomaly problem.
That insight was used to explain the WHY we are able to see the prettiest stars on the farthest regions of the Universe...:)  The presence of cause and effect is not possible if light speed is not changed for the four dimensional spatial manifold topology.
Exactly at this time, Dr. Richard Amoroso became my new Giordano Bruno when he invited me to give a talk at the 7th Vigier Symposium in the Imperial College, London UK
It is a great honor, a great reason for trepidation..:) I am an awfully shy speaker... but I think that is only the case when I am not explaining something that I fully believe and understand.  Defending ideas was always natural to me.  Entertaining people might be more difficult..:) but I am full of jokes... I should be able to pull this off..:)
I will start with the Beginning - by which I mean the Beginning of Times, quickly followed by the Fundamental Dilator, Big Bang Spin Synchronization Event. Change Hubble Law...:)

From that one immediately goes into Quantization of the Light Speed Stepwise (de Broglie steps with Hydrogen Atom Compton Wavelength) Expansion of the Hypergeometrical Universe (Hyperspherical ShockWave 3D Universe).


Next one explain the Quantum Lagrangian Principle (each dilator dilates in phase with the surrounding dilaton field)...:) Show off the new Newton's Laws..:) Duck a few tomatoes (they say tomatos in London..:)

Show the Grand Unification Equation from where all natural laws are derived. Show the final equations themselves. Emphasize the Gyrogravitational equation. Show the solution of the Mercury Perihelion, Gravitational Lensing....:) Explain Double Jet Black Holes and the White Orifice...:)

Introduce the Hyperon Family (Drunken Crazy Deltas, Pious Pions, Great Omegas...:) Show that they are all Primes which finally puts the Riemann Hypothesis into the realm of Physics....:)  This was prophecized  many times as the indication of the coming of the real Theory of Everything..:) Tell about those cute Majorama particles...:)


If my friend gets the musical chord done in time, play some Encounters of First Kind (music representing the Prime Hyperon Particles)...:) like a Choir of Particles...:)


If they don't believe, just show the calculation of cosmological constants (epsilon, mu, G). Imply that G was much more strong when the radius of the Universe was smaller.


About this time, tell them the calculated frequency of Gravitational Waves, tell how to solve the energy problems of the World with the Coherent Fusion model.


At last solve the Ancient Puzzle...:) which tell amazing things about the Cosmos..:) 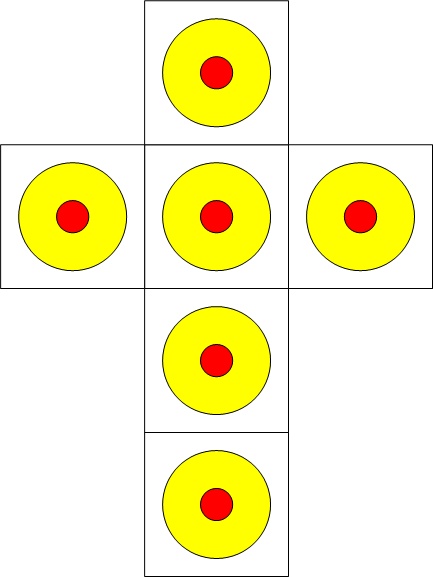 This is the correct Rose from Rosecrucians and below is the Ancient Symbol (Verbum Mui Significatium)...:) 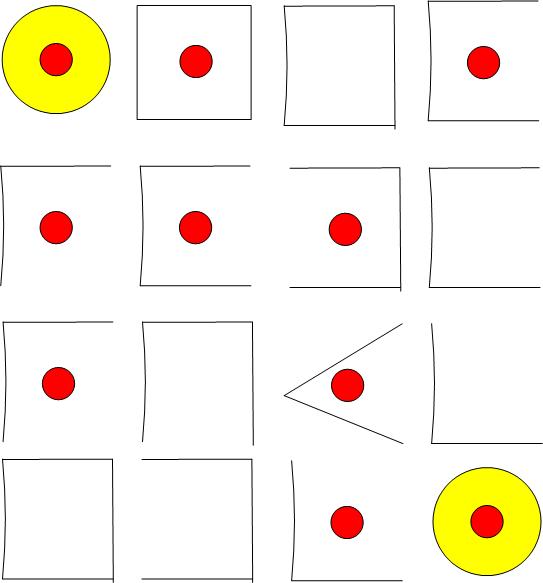 If someone solves this puzzle, I will tell them ancient secret..:)


MP
New theory proposed that the 3-D Universe is a shock wave traveling at the speed of light along a fourth-dimension. This Thin Hypergeometrical Universe together with a de Broglie formulation of the forces yield the Holy Grail of Physics, the Theory of Everything. The light speed moving Universe explains the origin of the E=mc^2 energy as kinetic in origin, thus precluding the existence of Strong and Weak Forces. Time Quantization is proposed
Currently unrated
Share on Twitter Share on Facebook