Coming down the pipe are the XIS. Below are the assignment for XI Zero and XI Minus: 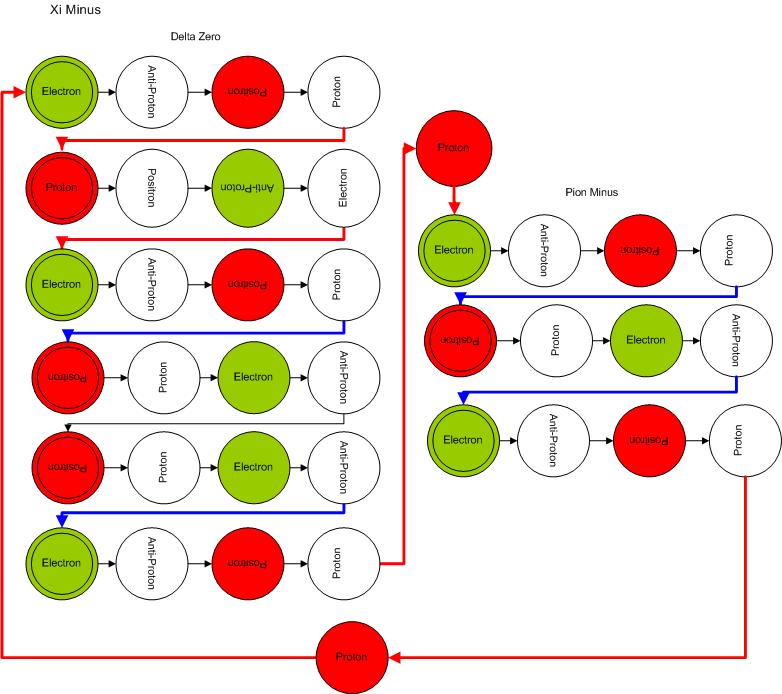 which decays into Lambda Zero plus a Pion Minus...:) (remember that Lambda Zero is just another spin configuration of Delta Zero) 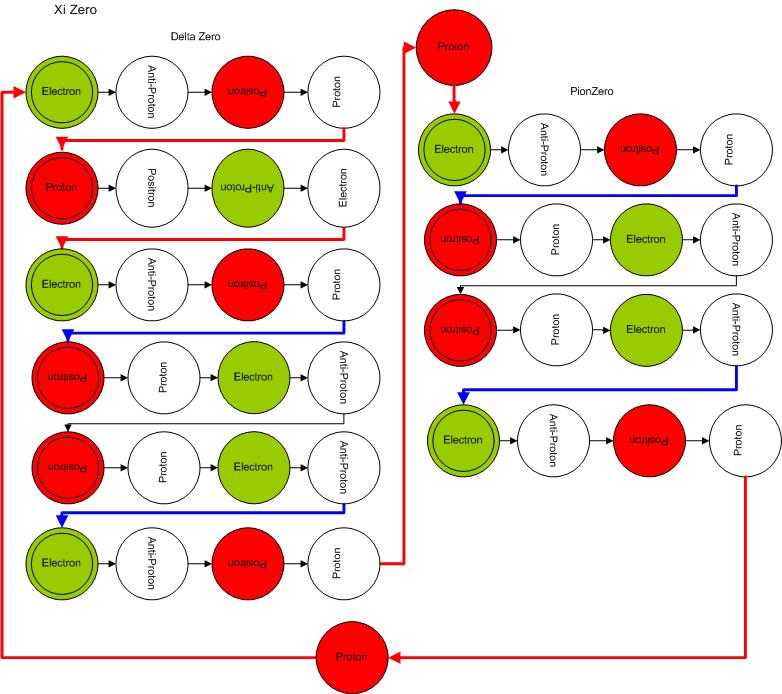 which decays into a Lambda Zero plus a Pion Zero..:) (remember that Lambda Zero is just another spin configuration of Delta Zero)