AS FAT AS YOU WILL EVER GET

AS FAT AS YOU WILL EVER GET
What is a factor of two among friends...:)

Sorry disappearing.  I've been horrendously busy for some time.

I had the opportunity to synthesize my work from 140 pages paper into a 26 pages paper soon to be published. In doing so, and in a very short period of time, I had to remember what I wrote many years ago and make sense of it.  In the past, I wrote that you are twice as fat in 4D (5D spacetime) as you are in 3D.

It turned out that this is not a didactic way to present my ideas. It raises inconvenient mapping issues (factors of 2 ) from going from 3D to 4D.

One either say that, or say that we are twice as fat in 5D as I said.  It sounds funny but it is not simplest way to present my ideas.

From now on and in retrospect, I will say that the Electromagnetic Fundamental Dilator 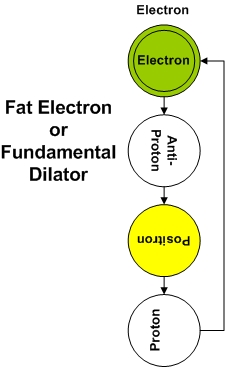 has the 4D Mass of HALF a Hydrogen Atom.

The Gravitational Fundamental Dilator (Hydrogen Atom) has the 4D Mass of a Hydrogen Atom: 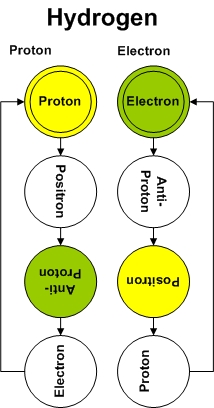 By the way, my work has a dearth of references for two reasons, one it was written without the benefit of being in an academic setting with all time in the Universe to go to the library or to conferences and find out whom to kiss up or even honestly honor.  I would love to have more references in it.  It would make justice to other peoples' contribution.  Unfortunately, life is so difficult that I didn't even had the heart to ask one of my few scientific friends for the favor of polishing that aspect of my work.  Maybe if someday this work is reviewed positively, I will gladly ask around for suggestions (in fact, you are always welcome to suggest anything).  If it is reviewed negatively, I will save people from any association by not referring to their work....:)

Hopefully, by the time someone pays attention to this theory, it will be published with all the i's dotted and all the t's crossed...:)  That may or may not happen this time.

By the way, this factor of two explains why I calculated the Magnetic Force (Biot-Savart Law) using 2 Lambda1 (two cycles of a Compton one atomic mass unit wavelength).

I explained correctly at the time, but it is better make you equally fat in 3D and 4D and simplify matters.

Again, I have to let you know that I extremely value criticism.  Had someone criticized my simple theory or complained that He/She was already fat enough, I could had corrected this many years ago...:)