Matter and so-called anti-matter are simply materials in opposing condition, they are not opposite ‘existences’. If they were, then when they came into contact they would not merely change condition, they would mutually annihilate. No properties would remain.

In the prior posting, I discussed the actual matter-antimatter annihilation.  Here I review the discussion of the Matter-AntiMatter ratio.

The topology I proposed here is a simple dipole.  This is not the final word, but it just provides a simple, very simple explanation of the current matter-antimatter ratio consistently with the origination of the Universe out of NAUGHT, or plain flat space...:)

I certainly consider this a very likely scenario, but I am sure people will disagree and write tons of papers with their proposed topologies... and that is all great...:)

Of course, this is not the best topology since it is a higher order hyperspherical harmonic.....:) I guess I will have to revisit this problem soon. The hypersymmetric initial fluctuation would showcase the difference in displacement volumes associated with compression and stretching of space.  The stretching volume should be larger and that might explain the left over matter Universe (matter with protons associated with stretching of the local metric).  This is another simple explanation for the matter-antimatter asymmetry.  I will revisit this when I manage to have a second.


What defines the Matter-Antimatter Ratio...:)

I was asked this great question:

Thanks for getting back to me about your simplified Grand Unification Theory.
How does your theory explain the matter-antimatter asymmetry in the observable
universe? Please give a simplified answer! Thanks.

I have to say that I thought about that before but since the question has two answers, one of them involving Hypergeometrical Cosmogenesis, I didn't blog my thougths..:)

The Hypergeometrical Standard Model represents particles by coherences between deformational states. This means that as time goes by the coherence moves from a state to another (proton, antiproton, electron and positron). Each state corresponds to a displacement 4D volume (metric deformation).

Below you can see our Fundamental Dilator - Different phases of the dilator represents the four fundamental particles...;) 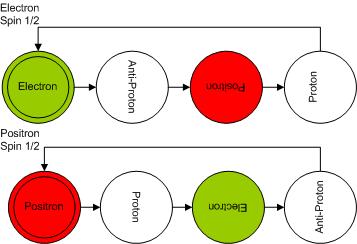 The dilator spins perpendicular to the Radial Direction of propagation as it tunnels back and forth.

In the Hypergeometrical Cosmogenesis (paper in this site), the Universe is modeled as single fluctuation of ZERO (that is, ZERO 4D volume). This means that the sum of all dilators in the Universe would result in ZERO again.. that is, if one could group together all particles in the Universe (not only our visible 3D universe), one would return the fluctuation (The Whole Universe) into Naught...:)

You can read the Cosmogenesis paper and ask questions if you cannot understand this...:)

Now let's see why there are two answers to this questions.

The first answer questions the premise of the question (too many questions here..>:)
Needless to say, this model on the interface between matter and antimatter sectors resembles the diffusional problem of charges in a semiconductor...:) 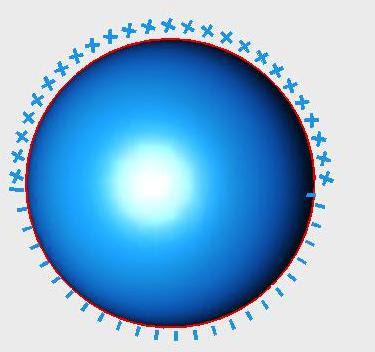 That is a simple solution to the problem...:)

I think these two answers are very simple.