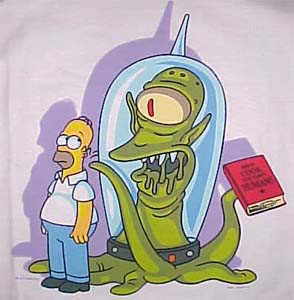 This work has been done because of a spark in my mind a few years ago. That spark resulted in an extremely determined effort to deliver light to my Cave colleages.

The objective has always being to Serve Humans...:)

Well, we are getting close to the end. I've just have to show the calculation of all isotopes and all Hyperons.

Once that is done. I will stop working on this project. If you realize its value, make sure to make it known to the people in the Ivory Tower..>:) They are beyond my reach.

We are getting close to the end of a long journey, which started with a simple and incorrect idea...:)

As you should know by now, there is nothing wrong with being wrong. The virtue is not being right but trying to understand what is going on.

I am quite please with the simplicity and scope of this theory.

The Hypergeometrical Universe reaches everything from Cosmology, Nuclear Chemistry, Particle Physics, Supercondutivity, Supersolidity, Superfluidity...:) Quantum Mechanics, Cosmogenesis and so on and so forth..:)

I presented a full alternative description to Quantum Chromodynamics. If you are a particle physicist you should be able to realize it by now.

I am not here to destroy your beautiful theories. I am showing an alternative path to our growth.

My theory reached deep - all the way into Sir Isaac Newton four Laws of Nature - to recreate Physics.

If you think of yourself as being a particle who is just about to step together with the Universe into the next de Broglie step, you will realize the the Quantum Lagrangian Principle will allow you to reach more than one place since interference can have multiple peaks.

A multiple next position in the RXYZ panel of the Hypergeometrical Universe Icon, means a totally delocalized (diffusive) motion. Diffusive not in the sense of Brownian diffusion but in the quantum sense. Each next step has the same probability... thus the theory is inherently quantum mechanical.

This is what Einstein would call a Hidden Variable Theory. It is not a variable that was missing in Einstein thoughts....It was a missing topology...which is some extent a simpler thing to miss and find...

Quantum Mechanics can be fully recovered by avoiding a simplification used in my derivations.

I am not sure how my theory would fare in replicating Quantum Mechanics, but it did quite a good simplification on Quantum Chromodynamics and it might do the same for the Olde Quantum Mechanics we all have grown to love...:)

I am getting out in hopes of finding a movie..:)

I will present the calculations later.

I am also finishing up a book which will carry this theory.