Comments #1 on The Silver Surfer 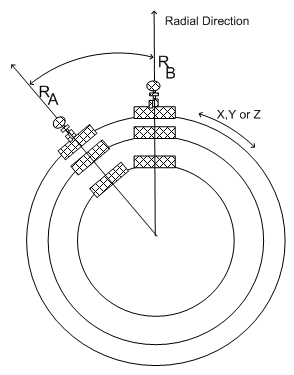 This can be easily derived if one considers that the radial expansion takes place at the speed of light and the geometry of the figure.

That is why one can only see thing up to one radian in each direction.
The first thing to notice is that it is not clear how to measure the local deformation of the Fabric of Space. This topology (hyperspherical expanding 3D Universe) is connected to the 4D Big Bang proposed in the Cosmogenesis paper.
Under that assumption (Big Bang = 4D explosion), the average velocity on any region of the 3D space is the Hubble velocity, that is, farther regions contains celestial objects that on average run away from us at the Hubble speed. What one can distinguish from one region to another is the width of that distribution. When most of the interactions had taken place a long time ago, the distribution will be sharper. A sharper distribution of receding velocites means that the objects are close to their Fabric of Space relaxed positions.
The comment requires that object A, under the action of an impulse, to reach its Hubble velocity at position B. Velocity is a tilt in the local Fabric of Space and that tilt should make the local normal to be parallel to the Fabric of Space normal at position B. The diagram that would reflect that condition would be the following: 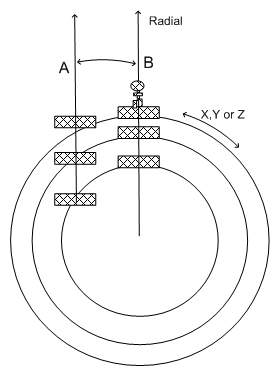