The Twisted Deltas - Delta Minus

The Twisted Deltas - Delta Minus

Here is the Delta Minus: 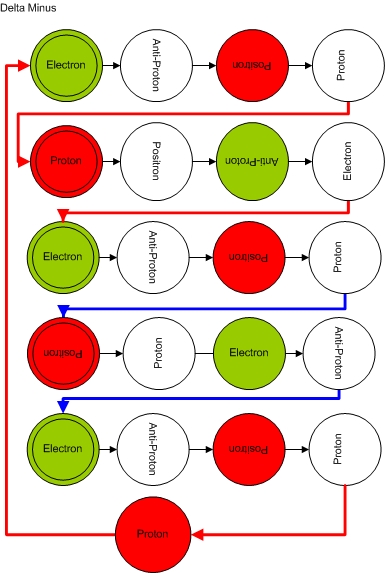 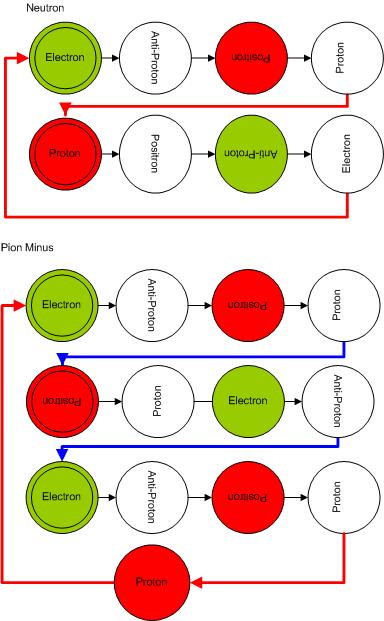 Just rearrange the red lines on the Delta Minus Balls Diagram.

Different spin arrangements will lead to a total spin 1/2 or 3/2 (Sigma Minus or Delta Minus) moieties.

Notice that a Pion Minus is a trimeric moiety, that is, since one cannot know which phase of the electron-positron-electron chords is in phase with the Universe, the correct representation is a linear combination of states with 1/3 probability each. This means that one can think about a particle either a having a longer cycle or having smaller mass per cycle. I used a one atomic mass unit Fat Electron and a cycle equal to twice the cycle of an hydrogen atom (neutral zero spin matter). I could had chosen to state the Fat Electron not as Fat, just half a.m.u and then use a dimeric representation and the standard cycle. The results would be the same.

There are no alternative decay channel for the Delta Minus...:)

Please feel free to ask any questions. I am trying not to be repetitive when visiting similar particles.

PS - Since Pions Plus/Minus are trimeric, Delta Plus/Minus are pentameric, etc...This reflection into the first chord also means that the particle gains a moment of inertia, helicity and pseudo-rotates as one travels along R.
New theory proposed that the 3-D Universe is a shock wave traveling at the speed of light along a fourth-dimension. This Thin Hypergeometrical Universe together with a de Broglie formulation of the forces yield the Holy Grail of Physics, the Theory of Everything. The light speed moving Universe explains the origin of the E=mc^2 energy as kinetic in origin, thus precluding the existence of Strong and Weak Forces. Time Quantization is proposed
Currently unrated
Share on Twitter Share on Facebook