The Deltas and their Twisted Minds 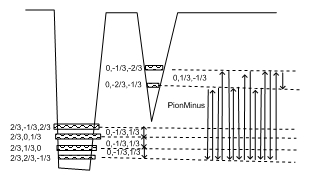 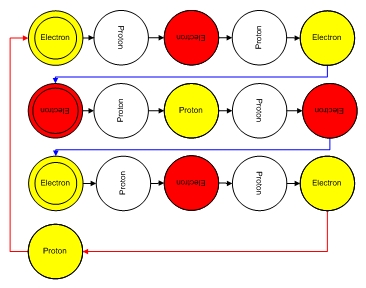 I had to reinterpret Newton's Second Law in the Hypergeometrical Universe to recover the Equations of Motion. This might hurt your Brain, but I promised it will be worthile...:)

The first thing I have to point out is that Newton's Law and everything you know about the Universe lies on the right panel of the Hypergeometrical Universe Icon (above, staring you in the face...:) I also should remind you to read the Blog - The Force be with you, Not...:) There, I mentioned that the correct paradigm doesn't have force, mass, charge.

The right panel contains only an unobservable absolute time, x and t ' and x' (I didn't draw the x' to avoid confusion and to emphasize that different inertial reference frames have different time projections t and t').

In my paper, I expressed Newton's equation as: